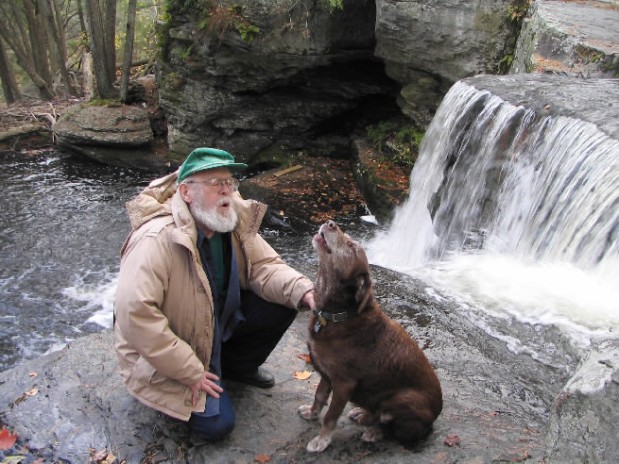 Joe Lucas was a gregarious iconoclast, an uncompromising defender of civil liberties and human rights and a passionate Atheist, preaching to all who would listen.

He was born on Jan. 19, 1933, to Anna Kathryn Thaidigsman and Joseph Biddle Lucas in the Riverside, New Jersey, home built in the 1890s by his German immigrant grandparents.

He was politically engaged to the very end, contributing to Texas gubernatorial candidate Wendy Davis, signing online petitions and joining the American Civil Liberties Union in championing whistle-blower Edward Snowden as a patriot.

Besides Snowden, his heroes were journalists, activists and artists. He loved muckraker Jack Anderson, writer Molly Ivins, columnist Jim Hightower  and commentator Bill Moyers. Before the folk singer’s death in 2014, he campaigned to have Pete Seeger nominated for the Nobel Peace Prize.

He delighted in building things from scratch, be it a model airplane, a catamaran, a culinary creation or a computer.

A voracious reader and collector of tools, music and recipes, he was philosophically opposed to filing systems, hierarchies and rules, with the exception of the rules of grammar.

A gathering in remembrance will be held May 24 from 1 p.m. to 5 p.m. at the Unitarian Universalist Church in Cherry Hill N.J. For more details, click here. Our family asks that donations in his memory be made to NOWCastSA or to the Humane Society of Central Washington.

Coming next: The Early Years; The Photographer, The Activist…